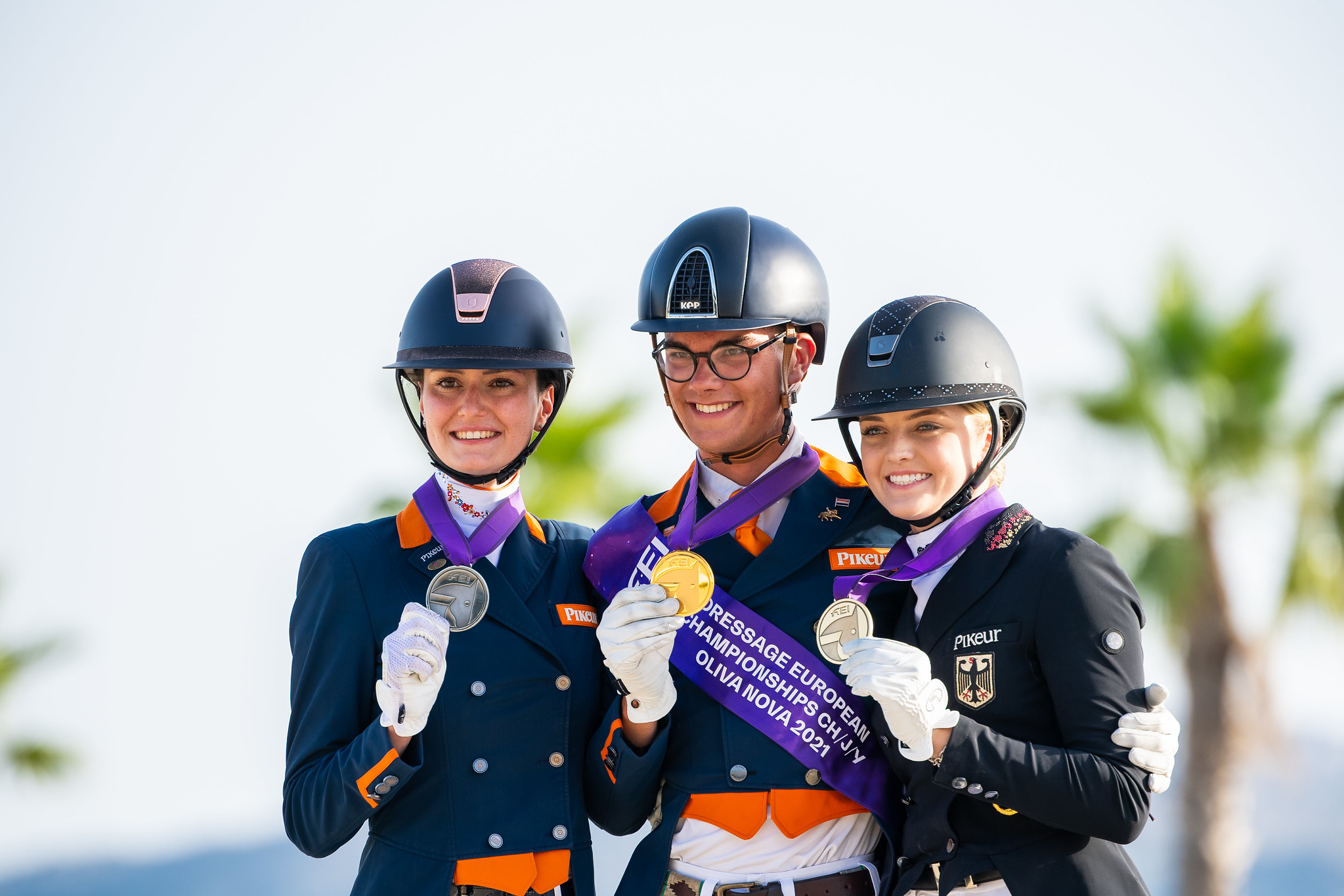 This weekend, the Dutch Young Rider Marten Luiten and his Fynona (v. Ampere) had to defend their Championship title, during the FEI European Championships for Children, Juniors and Young Riders in Oliva Nova… and they succeeded! Marten and Fynona rode a super test and achieved a new personal record of a whopping 79,617%. The jury was unanimous and placed this combination in first place. In the second half pirouette they received a ten from three out of five judges, which counted double and were rewarded with a nine for general impression by all five judges.

Finished with a six percent difference the second place went to Thalia Rockx (NED) and Golden Dancer de la Fazenda (v. Bretton Woods) with a score of 73,765%. Thalia rode a brilliant test with her Golden Dander de La Fazenda, which she trained from a young horse to this level herself, with help from her parents Johan and Penny Rockx.

Bronze went to the German rider Luca Sophia Collin and Descolari (v. Desperados): albeit having a small mistake in the rein back and their flying chances, they showed an especially wonderful extended walk and canter half pirouette. They ended up in third place with a total score of 73,470%.