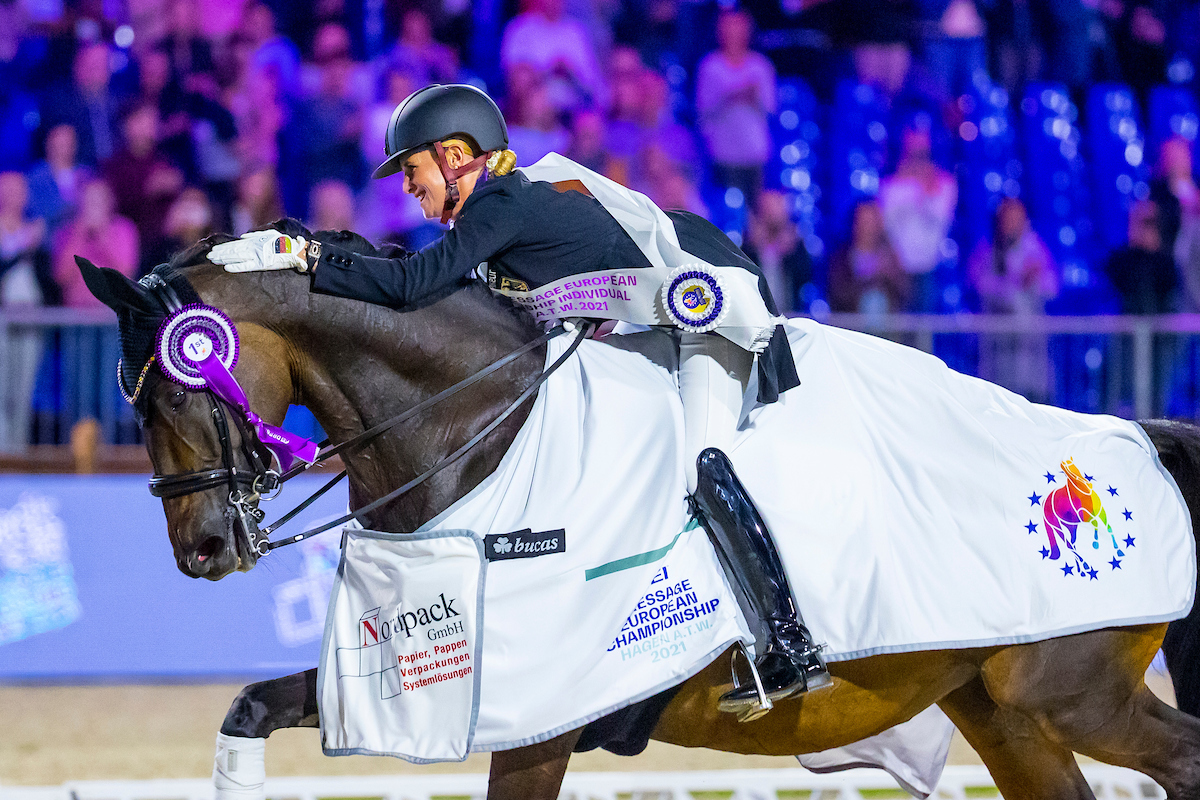 In the picture: Gold for von Bredow-Werndl at Europeans

Under the floodlights of Hof Hasselmann in Hagen am Teutoburger Wald, Jessica von Bredow-Werndl and TSF Dalera BB (v. Easy Game) are crowned this year’s European Champion in the Grand Prix Special. We were there to capture all the action of tonight, which we’ll share with you in this photo post!

Scoring 84,271% the Tokyo Olympics Gold medalist stayed well ahead of Isabell Werth and Weihegold Old (v. Blue Hors Don Schufro), who scored 81,702%. The bronze medal went to Cathrine Dufour and her Bohemian. With 81,079% it seemed anything more then a bronze medal wasn’t wished by the judges for the brilliant Danish rider and her 11-year-old Bordeaux-gelding.