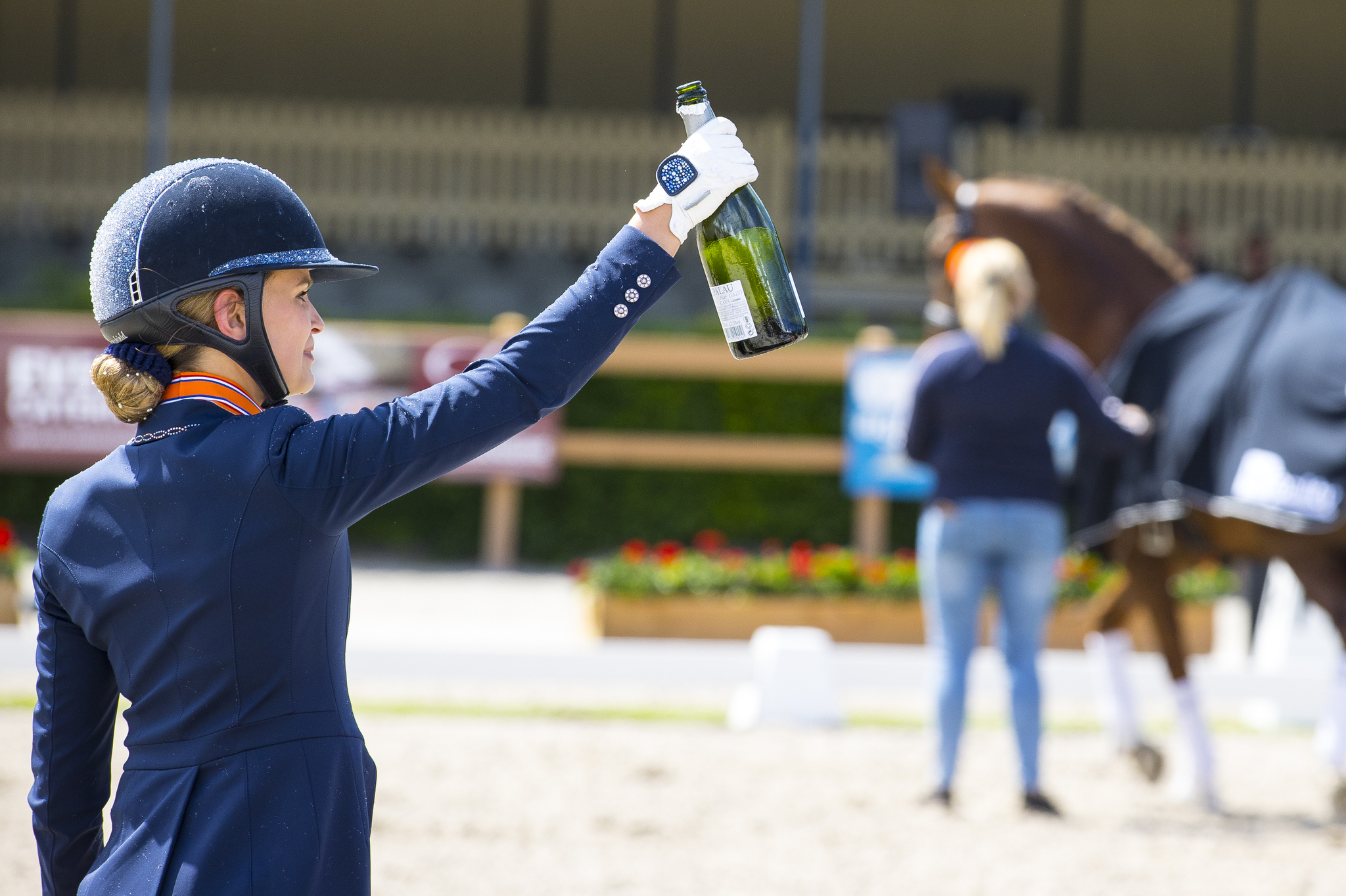 The Dutch national chef d’equipe Monique Peutz has announced her team that will compete at the European Dressage Championships for U25 riders, which will be held together with the seniors championships on September 7th to 12th in Hagen, Germany.

“With Jasmien de Koeyer and KNHS Talent Team member Febe van Zwambagt, I have two very experienced riders in the team as well as two newcomers: Jessica Poelman and Devenda Dijkstra”, says Monique Peutz. “These girls are doing the sport in the right way. I hope to be able to show with this team what nice and beautiful horse riding is.”

The European Championships will be held at the well-known location of Hof Kasselmann in Hagen. “I see the fact that having a European Championship simultaneously with the seniors to be a great advantage”, says national coach Monique Peutz. “It is a great incentive for the youth to be able to see the road ahead, which they’ll hopefully get to follow too. I certainly expect that some will grow into the senior sport.”

The TeamNL participants in this senior championship will be announced shortly by chef d’equipe Van Silfhout.