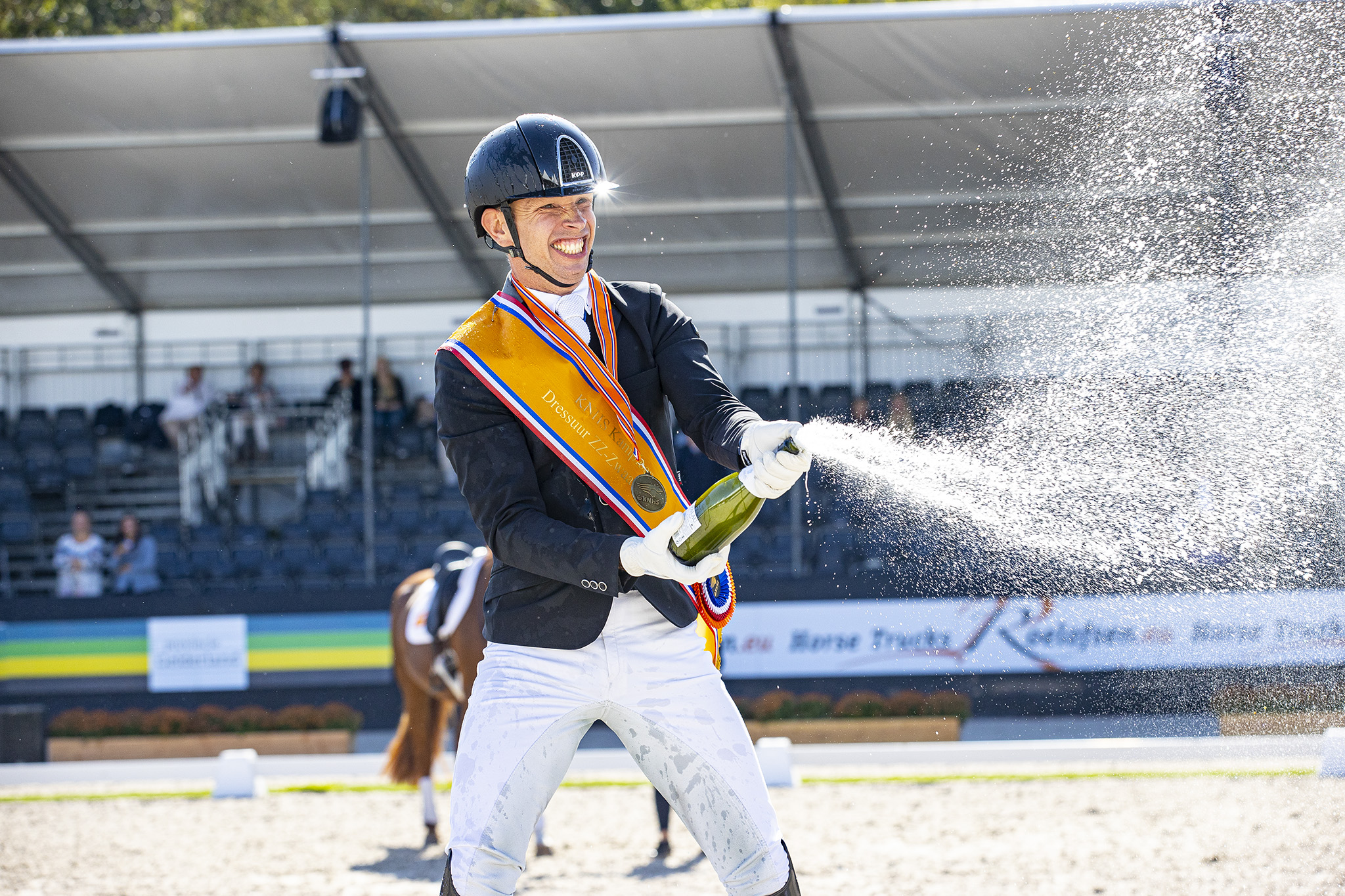 The KNHS Championship will be organized in Ermelo on the 10th and 11th of August for the combinations in the Small Tour and the ZZ-Zwaar. Now that the government has allowed competitions to be organized in the coming weeks, it has been decided to still host the championship at the National Equestrian Center in Ermelo.

On Tuesday 10th and Wednesday 11th of August, prior to the KWPN Horse Days, the outdoor area of ​​the National Equestrian Center will be the setting for the KNHS Championship Small Tour and ZZ-Zwaar. The combinations will ride their first test on Tuesday: the best 50% of the first test ride their Freestyle on the second day and compete for the championship grand final. The others start with a clean slate and ride a test for the classification of the day (small final) on the second day. It is not yet known exactly what the program will look like.

What is certain however, is that Bart Veeze and Imposantos – last year’s ZZ-Zwaar champion – and Hans Peter Minderhoud, the 202 Small Tour champion with Invictus, will bring their successors.

During the Dutch Dressage Championships earlier this month, the KNHS Championship Small Tour and ZZ-Zwaar could not be held, as there were no selection competitions in the period prior to the Dutch Championships. With the arrival of the governmental relaxation, competitions will be possible in the coming time. This will allow combinations to try to qualify for the championship on the 10th and 11th of August in Ermelo.

To participate at the KNHS championship ZZ-Zwaar, the relevant combination must have obtained a minimum score of 68% once in class ZZ-Zwaar in the period from January 1st, 2021 to July 19th, 2021. The same requirement of 68% applies for participation to the KNHS Championship Small Tour, of course with a score that ha been achieved o Small Tour level.

Should the number of combinations be too few or too many due to the percentage limitation, the organization has the right to decrease or increase the percentage respectively, until an acceptable number of participating combinations has been met (with a maximum of 36 per championship). In the ZZ-Zwaar and Small Tour classes, a participant may participate with two horses. In the last part of the championship, a competitor may only participate with one horse.

Registration for the KNHS Championship Small Tour and ZZ-Zwaar is possible via MijnKNHS.nl from Friday afternoon the 25th of June at 4 PM.