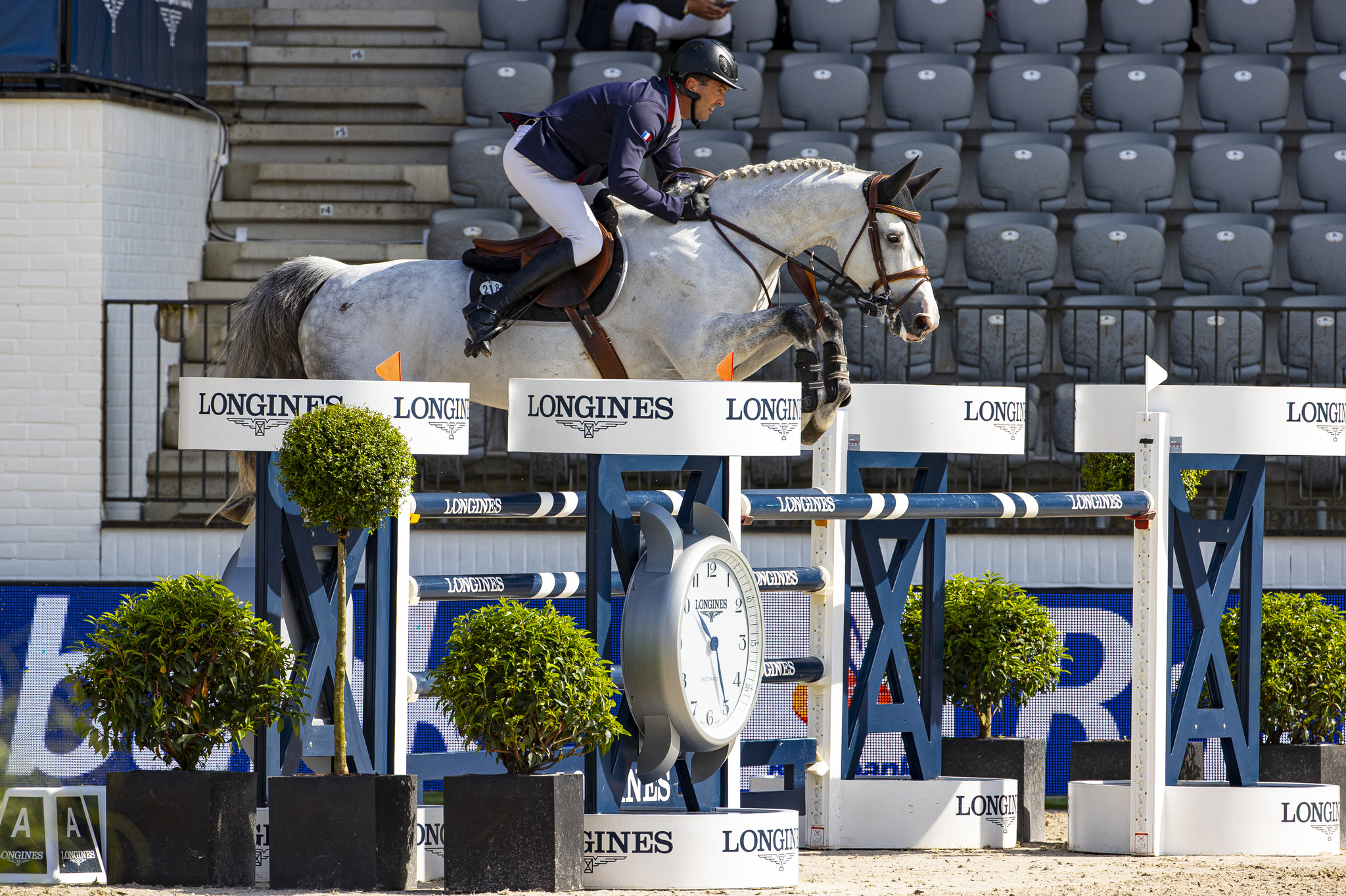 It’s already the last day of CHIO5* Rotterdam and it’s promissed to be a thrilling one, making ourselves up for the Longines Grand Prix of Rotterdam this afternoon. The morning however started quietly, with only fourteen riders attending the 1,40 meter Boels Prize over two phases. It was the last rider, the French Laurent Goffinet, that took the win with Absolut de Lacke (v. Diamant de Semilly), finishing in a time of 24,61 seconds.

Dutch rider Maikel van der Vleuten and his Nabab de Reve-son Jorden van de Kruishoeve ended in third. The chestnut twelve-year old gelding Jorden van de Kruishoeve is out of the well known Cordula de Laubry (v. For Pleasure). With no fewer than fourteen offspring that jump at at least 1,40-level, the breeding product of the Haelterman family could easily be counted as on of the very best broodmares in the world. She did not only bring forth van der Vleuten’s new ride, but also well known horses such as Global, Fantomas de Muze, Igor de Muze and Lord de Muze.