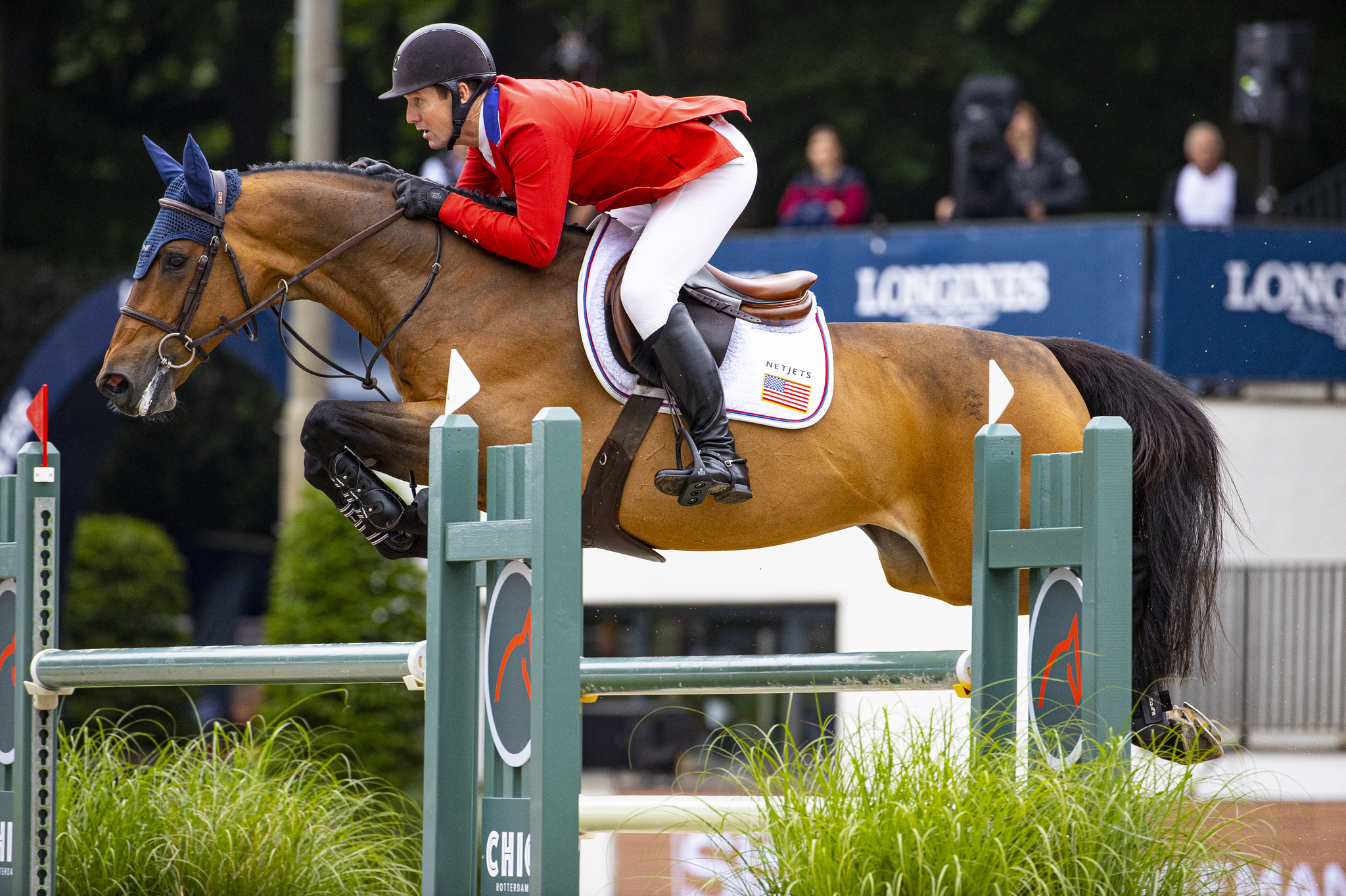 With the twelve-year-old Westphalian stallion Catoki (v. Caretello B) USA rider McLain Ward just won the AON Prize over 1,45 meter at CHIO5* Rotterdam, taking home 6.375,- euros in prize money. With 61,07 second in the Table A against the clock he was quickest of the 45 participants. The second place was for the rider from Belgium, Francois Jr. Mathy. He was riding the thirteen-year old grey stallion Casanova de l’Herse out of Ugano Sitte and a Kashmir van Schuttershof-mare. They stopped the clock at 63,17 seconds.

Third place went to the USA as well: it was Adrienne Sternlicht who finished her BWP-gelding Lafayette van Overis (v. Kashmir van Schuttershof) in 64,08 seconds. Another clear round for last week’s winner of the CSI5* Rolex Grand Prix of Knokke Jérôme Guery. He noted down a clear round in 65,39 seconds with Grupo Prom Isidor Carcaletto (v. Cardento I), good for a fourth place.